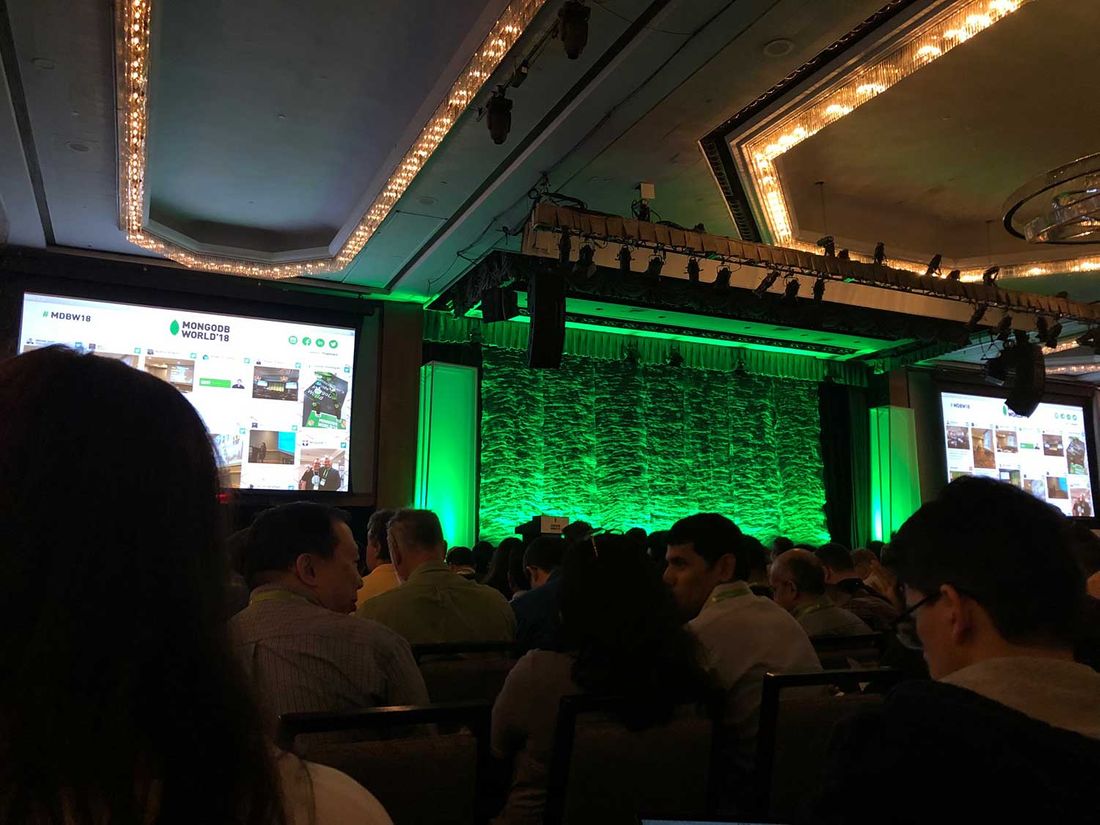 A little over a week ago. I set out on a brief trip to NYC, not as a musician (for those who don't know me, music has been my quest and passion for many years), but as a developer wanting to learn more about the new features being rolled out with the latest version of MongoDB: MongoDB version 4.0.

I have developed an interest in building Node.js applications. As a result of this interest, I have found myself immersed in learning all that I can about what MongoDB has to offer Node.js developers. This quest for learning all things Node.js related has led me to sign up for several free (yes, free!) online courses via MongoDB University.

The Culture and Overall Vibe

Before I go any further, let me preface what is about to follow by saying that my attendance at MongoDB World 18 was a result of an invitation that I received from @Treehouse instructor and MongoDB blogger Ken W. Alger as part of MongoDB’s initiative to change the ratio in tech.

Many thanks to Ken Alger and to MongoDB for the invite and for making it a point to reach out to women and underrepresented groups in tech!

MongoDB's initiative to change the ratio in tech says a lot about the culture of the company and what it has to offer on a human level. This is a bold statement demonstrating that MongoDB cares about reaching out to everyone with the drive to learn. Irrespective of whatever cultural biases and/or stereotypes that may have existed as barriers in the world of tech in the past, this company is making it clear that its mission is all about moving into the future. Who wouldn't want to support a company like that?

The Keynote speech was the place to be for those wanting to learn about the latest features being offered by MongoDB version 4.0. The ballroom was jam-packed and it was clear that there was a strong sense of anticipation in the air as each new feature being rolled out was presented by some of the brightest minds in the industry. Make It Matter, MongoDB Internals, Security, Sponsor Talk, Stitch, and Workload Isolation were among the topics discussed.

Wednesday, June 27th was a full day that offered up a dizzying array of choices for those looking to learn about what is possible with MongoDB (Not a bad problem to have!).

The breakout sessions were partitioned into various tracks that included information and tutorials on Application Development, Atlas, Automation, Monitoring and Backup, Business and Use Cases, Data and Analytics, and Drivers - BoFof.

Sessions that I attended: Sessions that I missed, but would have loved to have attended

There were a number of breakout sessions that I would have liked to have attended, but as it goes, sometimes the limited hours in a day dictate that we have to make choices. Here is a brief list of some of the sessions that I missed:

The list(s) above only scratch the surface of the breakout sessions presented at MongoDB World 18. Thankfully many (or most) of the workshops, talks, and presentations will soon be made available for viewing online.

This vendor's booth was freshly stocked with an impressive collection of books published by Technics Publications which delve into topics related to MongoDB, data modeling and beyond. Technics Publications founder Steve Hoberman was nice enough to give me a brief overview of the books available. Thanks to his suggestions, I left with two to take with me on my journey back home to the West Coast, one of which sparked my interest in a technology that seemed mysterious to me up until now:

Blockchainopoly: How Blockchain Changes The Rules Of The Game by Steve Hoberman

To be honest, before attending this conference I had exactly zero knowledge of blockchain nor even a basic understanding of its meaning at a higher level. It has, however, become a subject that I would like to find the time to learn about. I quite literally devoured this book as it pulled me in and sparked my imagination not only as a growing developer but also as a musician. For example, I had no idea that blockchain could be a natural fit for recording ownership of digital work. Here is another thing that blew my mind about blockchain. Here is a brief quote from the book:

It is possible that with a blockchain application, anyone with a source of power can feed the grid. For example, a homeowner with solar panels on their roof can "sell" their excess electricity to the grid. The selling and accounting would be performed in blockchain.

Whoa! Now reading this caught my attention. This quite literally means that blockchain could make it possible for an individual and/or an organization to seek out alternative sources of income/revenue beyond the scope of what traditional institutions have had to offer up until this point. This is truly revolutionary! After reading this book I had to kick myself for not attending the breakout session - Decentralized Identity Management with Blockchain and MongoDB. I will be looking forward to viewing this session online when it becomes available.

For anyone who would be interested in getting a demystified introduction to what blockchain is all about, this book will not disappoint!

In addition to Technics Publications, there were many other notable sponsors/vendors in attendance, a few of which included:

I was happy to meet MongoDB University instructors Kirby Kohlmorgen and Shannon Bradshaw in person via the MongoDB U booth, both of whom have been very helpful to me on my learning journey. Over the course of the last year 1/2, I have taken advantage of many of the free courses offered by MongoDB U. MongoDB U is a great resource for both developers and DBAs looking to up their game in their respective fields.

Summing It All Up

No matter your skill level as a developer or DBA- beginner, intermediate, or advanced - there was something at this conference for you to learn and to discover. I would definitely be interested in attending MongoDB World again in 2019!

For those who would like to get more details about getting started with MongoDB 4.0, the white paper is available for download. 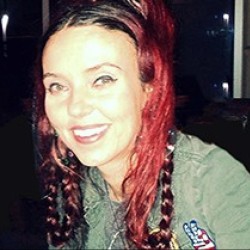 Hello! I am a developer and musician from Chicago based in Southern California.

Single Thread Stack is a work in progress. Thanks for stopping by!